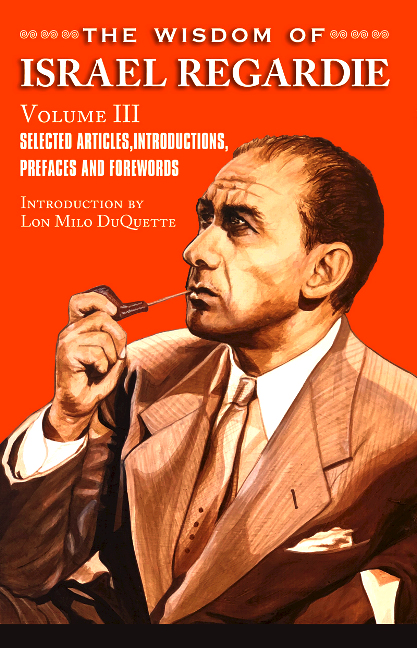 The Teachers Of Fullfilment
What Does Woman Want?

The Wisdom of Israel Regardie, Volume III, is filled with both wisdom and knowledge from the mind the world famous occultist Israel Regardie. He was the personal secretary to Aleister Crowley for four years. This book contains the best of Regardie s introductions, forewards and articles to his and other author s books. This unique compilation of essays and commentaries span his early career right up to his passing thru the veil. This never before published compilation allows the reader to gain a better insight into many of Regardie s writings, thoughts and philosophies in one amazing book. The most important thoughts of Israel Regardie lie within the pages of this book. Every student and master will find The Wisdom of Israel Regardie, Volume III, both valuable and fascinating.

1 review for The Wisdom Of Israel Regardie Volume III