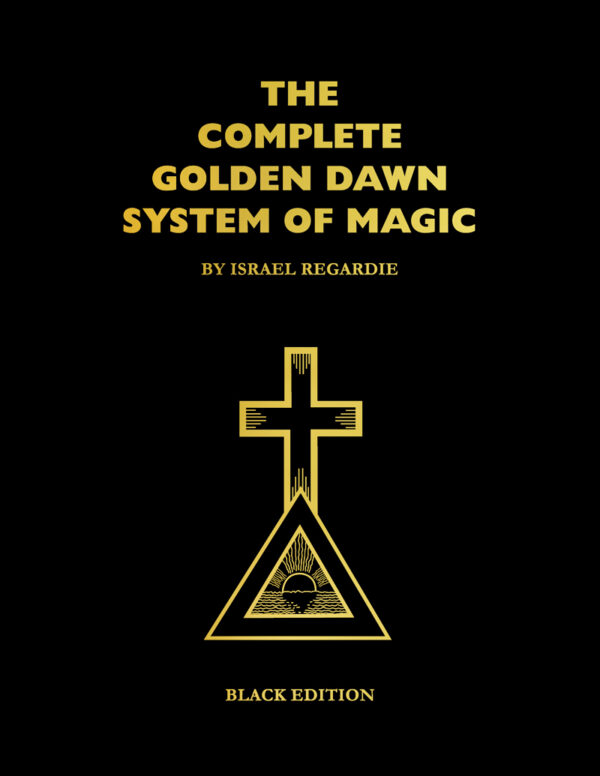 This is the master compilation of the magical teachings of the Hermetic Order of the Golden Dawn of which Israel Regardie was an initiated Adept. The material in this book is a highly improved version of the ground breaking material in the four-volume set by Dr. Regardie that revolutionized the Occult world in the late 1930s. It includes the Order’s instructions in Ritual Magic, Invocation, Tarot, Qabalah, Enochian, Astrology, Esoteric Doctrine and brand new material, along with the Order’s Initiation Rituals. This brand new edition with only 100 copies produced in this special Black edition. Each one is unique and is stamped with it’s own Hebrew letter combination and includes a Foreword by the famous ceremonial magician Lon Milo DuQuette. It also includes a complete Index and detailed Table of Contents, compiled by James Strain, to assist readers in their Golden Dawn studies.