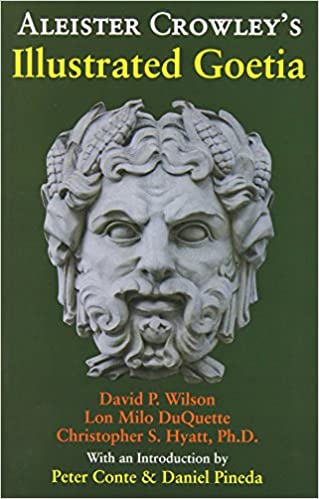 In 1904, Aleister Crowley commissioned, edited, and introduced an English translation of The Book of the Goetia of Solomon the King, the first of five magical texts known as the Lemegeton. Yet few have actually worked the system, believing one must conform blindly to the archaic procedures and long-winded conjurations of the original text. But Crowley s attitude toward the Goetia appears to have been different. His masterful expansion and perfection of the Preliminary Invocation of the Goetia is a prime example.
This new edition of the Goetia features an introduction explaining Goetic Magick. Goetia refers to all the operations of that Magick which deals with gross, malignant or unenlightened forces. Goetia is sometimes thought of as a wild card, something that can get out of control, something which expresses the operator’s lower desires to control others and improve his own personal life. And, in fact, this potential loss of control, this danger, the desire for self-improvement and great power is exactly what attracts many people to the Goetia while horrifying and repelling others. Crowley’s Goetia is brought to life by David P. Wilson with vivid illustrations of the Goetic demons, while Lon Milo DuQuette and Christopher S. Hyatt bring the ancient art of Goetic Magick to life in the modern day. Christopher Hyatt joined with Lon Milo DuQuette and David P. Wilson to glean extraordinary magical and philosophical treasures from this most misunderstood subject.

“Aleister Crowley (1875-1947), also known as ‘The Great Beast’ and the ‘Wickedest Man in the World,’ was one of the most profound students of Magick, Qabalah and Yoga. His vast influence reaches through all modern occultism. He is widely recognized as the first Western investigator to give initiation a truly scientific method. In reconciling occultism to physical science, mathematics and philosophy, Crowley achieved a lasting synthesis that remains unsurpassed for depth of insight and comprehensiveness.
Christopher S. Hyatt, Ph.D., was trained in both psycho-physiology and clinical psychology, and he practiced as a Psychotherapist for many years. His numerous books explore Psychology, Sex, Tantra, Tarot, and Western Magick.

David P. Wilson, a writer, artist and a life-long student and practitioner of Magick and Tantra, also worked as a professional psychic, much sought after for his accuracy.

Lon Milo DuQuette is the author of numerous books on Magick, Qabalah, Tarot, and other Occult subjects. He is the co-author with Christopher S. Hyatt of several other New Falcon titles.

Peter Conte read Tarot cards for many years at the Magickal Childe Bookstore in New York City. He remains the living embodiment of the Shop’s unapologetic motto–“”Hard Core New Age.””

Daniel Pineda is an author whose contributions to magical literature will soon become more familiar. A practitioner of the Western Magical Tradition, he is a talented Martial Artist and devotee of Liberty.” 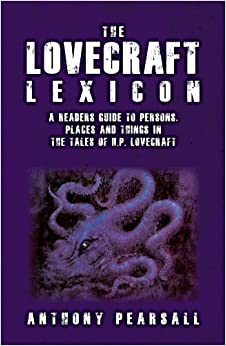