“This little jewel of a book by the most famous occultist of the last half-century was written later in his life. It contains a distillation of both esoteric doctrine and scientific methodology. Additional essays by students and friends of Dr. Regardie make this an invaluable compilation of mind/body magical teachings.
Dr. Regardie describes the need for this book, and the value of the techniques he offers here, in the following words:

In the course of my professional life, what struck me vividly was that when people were enabled to shuffle off the unconscious armor of gross muscular tension, thus achieving a never-before-experienced delight and pleasure in the relaxation of psyche and soma, entirely new attitudes towards religion and prayer spontaneously developed. They needed no orientation, no preparation, no coaching. It was just there. And a whole new life of fervor, inspiration and prayer made its appearance. Not prayer in the conventional institutionalized form, but an intimacy with Life and Love that was intense, devout, springing from wells deep within the psyche.

This is the voice of the mature Israel Regardie, distilling the knowledge of a lifetime devoted to the study and practice of Magic, Natural Healing, and Psychology. It has been enhanced with original essays on the Philosophy and Technique of Active Prayer by Christopher S. Hyatt, Ph.D.; The Middle Pillar as a Group Working by James Wasserman; a Qabalistic analysis of The Sacred Ritual of the Pentagram by AIMA, and A Pentagram Exercise by Lon Milo DuQuette”

Dr. Francis Israel Regardie was the last living representative of the great occult tradition of the late 19th century, the messenger to the modern world charged with preserving the teachings of Aleister Crowley and the Hermetic Order of the Golden Dawn. He takes his place among such luminaries as Madame Blavatsky, S. L. MacGregor Mathers, A. E. Waite, Aleister Crowley, and Dion Fortune. Even in such distinguished company, Regardie stands out as a figure of central importance. 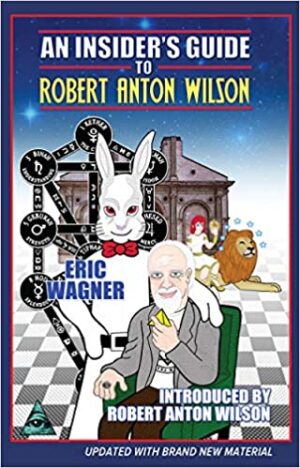